One of our amazing teachers, Mel has done the wonderful job of summarising the philosophy discussion that was apart of our recent Ashtanga yoga intensive weekend.  Grab a cuppa and enjoy…

As many of you know Live and Breathe Yoga (Allison) recently joined forces with Magnetic Island Yoga (Dani) to hold an Ashtanga yoga weekend at the studio recently.

Not only did we workshop physical aspects of the practice, such as jump-throughs and jump-backs, Al and Dani spent some time discussing yoga philosophy; specifically, some of the Yoga Sutras. It was a fabulous opportunity to delve deeper into an exploration of Yoga, which we often don’t have time to do in led or Mysore classes.

For those who weren’t able to attend the weekend, I’ve summarised the Yoga Sutras that were discussed.

While I have endeavoured to include the main ideas and concepts that were covered, it is impossible to capture the magic of being in the room learning first-hand from two wonderful and inspiring women! So make sure you don’t miss out on the next workshop. 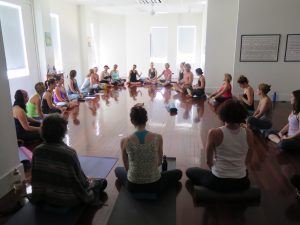 yoga sutras with allison and dani

What are the Yoga Sutras?

The Yoga Sutras of Patanjali were written by the great sage over 1,000 years ago. ‘Sage’ means a profoundly wise man, and Patanjali was indeed, as he also authored texts on Ayurveda (India’s medicinal system) and Sanskrit grammar.

‘Sutra’ means thread, or stitch. Each Sutra is an aphorism; or a short sentence that is extremely dense with meaning. There are four parts (or ‘padas’) to the Yoga Sutras, which each address a different topic, as roughly translated below:

The chapter on supernatural powers is highly entertaining. Have you ever wanted to become invisible, or as tiny as a mouse? Patanjali tells you how… but as Dani was quick to note, it is recommended that even if we do ever tap into these super powers, we are warned against using them!

Dani and Al each shared a few of their favourite Sutras with us. For reference, I have used translations taken from Light on the Yoga Sutras of Patanjali by B.K.S. Iyengar.

Ashtanga Yoga is a form of Hatha Yoga, which means ‘sun and moon’. At the very essence of Yoga and life there is an innate desire to achieve balance and equilibrium. For each pull, there is a push. While being detached and practising seem to be mutually exclusive states, we will achieve greater mental and physical comfort when we learn to practice, without expectation, and then let it go.

By practising Yoga in this way we can achieve Yoga citta vrtti nirodha (another sneaky Sutra thrown in by Al); cessation of the fluctuations of the mind. Through our physical practice on the mat, moving with the breath, we enter a meditative state which quietens the relentless ‘monkey mind’.

Long, uninterrupted, alert practice is the firm foundation for restraining the fluctuations

Continued, disciplined practice is the key! The word discipline can have negative connotations for some people, but in reality discipline equals freedom. Al said one of her philosophy teachers coined the term ‘blissipline’! Just like being disciplined with money now can lead to financial freedom in the future, without the burden of debt, in Yoga, if we practice with discipline, our bodies will become free of aches and pains, our spine will be able to move a bit more freely, and we will feel more alive and free to do the things we love.

Through cultivation of friendliness, compassion, joy and indifference to pleasure and pain, virtue and vice respectively, the consciousness becomes favourably disposed, serene and benevolent.

This Sutra offers ways of interacting with people and the environment around us. Be friendly to the happy, compassionate to the suffering, joyful for those to whom good things happen and cultivate indifference to the people we don’t get along with.

This is gold! And totally applicable to everyday situations where we have to deal with people who we don’t necessarily choose to be around.

By dedicated practice of the various aspects of yoga impurities are destroyed: the crown of wisdom radiates in glory.

Practice with dedication and wholeheartedness over a long period of time. Don’t give up! Each time we get on the mat to practice, it doesn’t have to be a full primary series! It might just be one sun salutation. All that matters is that it is done with intention.

The five afflictions which disturb the equilibrium of consciousness are: ignorance or lack of wisdom, ego, pride of the ego or the sense of ‘I’, attachment to pleasure, aversion to pain, fear of death and clinging to life

These are the five obstacles which can impede a dedicated practice and steady mind. This is certainly food for thought! I don’t know anyone who doesn’t have an innate fear of death…

Dani explained that ignorance, or avidya (non-seeing) occurs when we don’t realise that there are two elements that make up our experience of life: prakriti (nature, matter, things that change) and purusha (universal consciousness, the non-changing, the soul, the latent energy that makes everything else happen). If we get stuck believing that we are limited to what we see, do and feel, and get attached to this, then we lose sight of the big picture.

However, practising non-attachment does not mean that we can’t enjoy something. For example if we go out for dinner and are served a beautiful meal, of course we can savour every bite – we don’t have to be austere. The attachment – and suffering – comes when we strive to recreate an experience or emotion rather than just enjoying it in the present moment.

The fluctuations of consciousness created by gross and subtle afflictions are to be silenced through meditation.

Patanjali prescribes meditation is the way to overcome obstacles. In fact, most of the Yoga Sutras are focused on meditation and concentration, with only a few actually referring to the physical asanas (postures). By just taking some time to sit and observe our thoughts we can start to become more aware of ourselves, how we are feeling, and how we react in certain situations. Dani cautions that meditation is not easy! Thoughts will keep coming and going in the course of a meditation session, that’s fine – watch them come, watch them go. Try not to engage – as one of her teachers said: ‘drop out of the internal soap opera!’

Learning about the Yoga Sutras is best done by reading or discussing one or two at a time, and then taking some time to digest, consider and explore the concepts. As each Sutra is so heavy with meaning, it is not recommended trying to learn them all at once. However, if you are interested in learning more, here are some suggested texts:

–       The Yoga Sutras of Patanjali by Swami Satchidananda

See you in class! 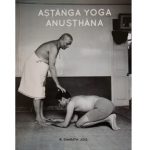 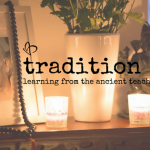 Tradition : learning from the ancient teachingsTradition